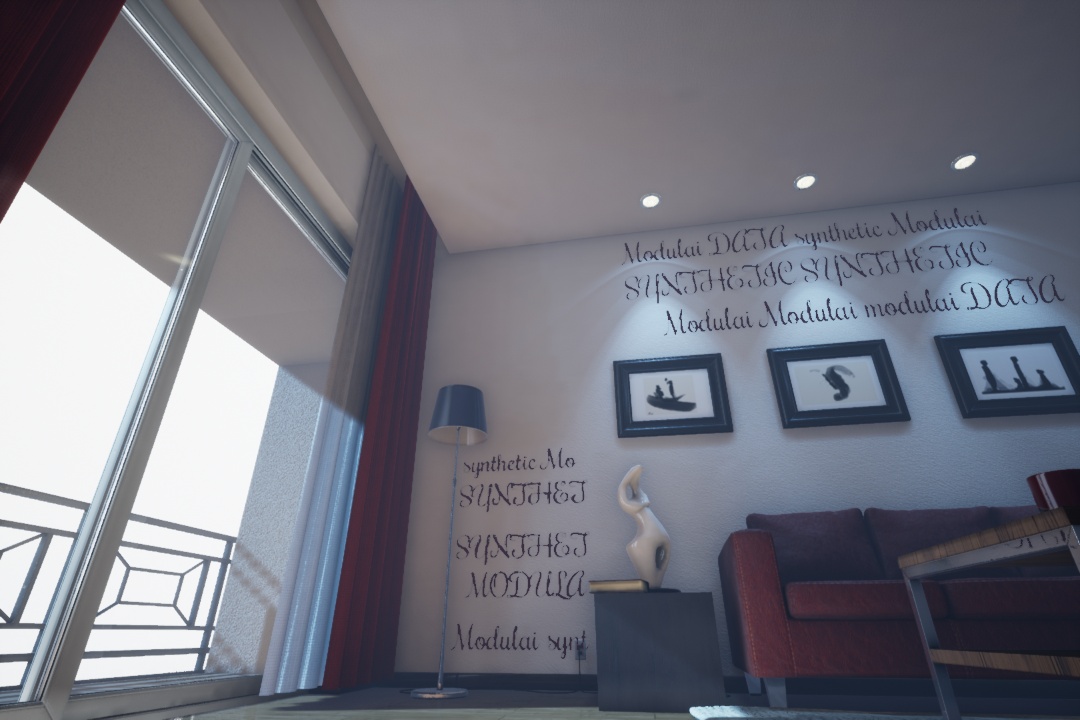 Synthetic data generation has in recent years emerged as an alternative way to manually gather and annotate data sets. The advantages of a data synthesizer are mainly two-fold. Firstly, it drives the cost of acquiring data to almost zero while eliminating almost all data processing work. Secondly, it has the potential to enable quick prototyping of new machine learning ideas even when data is not available. To put it simply, a well-constructed synthetic data generator produces data in a ready-to-go format for any machine learning case. However, the challenge with synthetic data generators is that they are often domain-specific with a narrow application area and far less mature than methods for network architecture and learning.

In the field of computer vision, synthetic data generation is especially interesting since the number of relevant resources and tools has grown and improved significantly over the years. The development has not been in the field of machine learning though, but rather in game engines such as Unreal Engine, Blender, and Unity. Often produced by professional designers, realistic scenes are produced offering great details as visualized in the video below.

Modulai has deployed models trained on synthetic data in several projects and now seeks to understand the potential of 3D rendered data for solving computer vision tasks. Specifically, in this project, the task is to generate synthetic data images consisting of text using Unreal Engine. The data will be used to train a network with the aim of detecting text in images captured from real environments.

The scene text detection application has already adopted the use of synthetic data. Almost all state-of-the-art networks are pre-trained on synthetic data and then finetuned on real data. The most common synthetic data set used for pre-training is the SynthText data set [1]. The data set is generated from a set of 8,000 background images. By pasting text of various colors, fonts, and sizes in different locations of the background images, a data set of 800,000 images is generated. Below are two examples from the SynthText data set.

SynthText provides a base methodology and a set of principles for generating scene text data. The most important takeaway is that text should be embedded in a way that it looks as natural as possible. As a result, the rendering engine aims to produce realistic scene-text images where text is blended into suitable regions of background images using semantic segmentation and depth estimation. In Figure 2, both a suitable and an unsuitable region are visualized.

The procedure of pasting text on background images results in scenes different from what humans naturally observe in a real-world environment. Text obtained from the real world may possess variations of viewpoints, illumination conditions, and occlusions. These variations are difficult to produce by inserting text into 2D background images.

With game engines narrowing the gap between realistic and synthetic worlds, it is natural to explore the possibilities of game engine-based synthetic data generation. The advantages of game engines are, first of all, that real-world variations can be realized by rendering scenes and text as a whole. Furthermore, ground-truth scene information is provided by the 3D engine, resulting in more realistic text regions among many advantages.

This project uses the game engine Unreal Engine 4. When using a game engine to render scene text images, the work from [2] provides four modules. These modules provide a baseline for obtaining images with text by a game engine, executed in the following order.

The linkage between the game environment and the data generator is made possible by the UnrealCV package, an open-source project that enables computer vision researchers to easily interact with Unreal Engine 4 [3]. The requirements to start the data generation are a scene with an embedded UnrealCV plugin, and a corpus with text and fonts. Since there are a variety of different scenes available on the Unreal Marketplace, there are endless opportunities for creating custom data sets. However, for the purpose of this project, we use the ready compiled scenes provided by [2]. Examples of images generated using the scene Realistic Rendering from Unreal Engine Marketplace and a customized corpus are visualized in the following figure.

Training of network and results

The network from [4] was trained solely on synthetic images as well as a combination of synthetic data and real data. By comparing the performance of the models trained on 3D engine generated data against SynthText, the effectiveness of the 3D engine for solving the scene text detection problems is then evaluated. When evaluating the models, the test sets from the real-world data sets ICDAR15 [5] and Total-Text [6] are used.

When training models on data generated from SynthText and Unreal respectively, and evaluating the models on ICDAR15 and Total-Text, the following precision-recall curves are obtained.

When fine-tuning the pre-trained models with a small amount of real-world data, the obtained precision-recall curves are the following.

Generalization on real data is consistently better for networks trained on 3D data compared to models trained on 2D data. Hence, 3D engines can play an important role in the toolbox of any machine learning engineer.

Even if it is difficult, and beyond the scope of this project, to answer why models trained on 3D data achieve higher precision-recall scores, the 3D generated data in Figure 3 seems more realistic to most observers than the 2D generated data in Figure 1. This points to the conclusion that realism does matter. Hence, even if the developments in the field of game production have been driven by the demand for more aesthetically pleasing games that bridge the gap between virtual and real worlds, the results of this work show that those advances also provide great value to the machine learning community.

Wanna discuss AI and 3D engines with us?